An Invitation to Repeat Visitors

Welcome back, whoever you are.

If you come to visit from time to time
to my humble attempts at rhythm and rhyme,
A "Follower" I invite you to be.
It would feel most rewarding to me,
For, as a poet, I don't earn a dime.

You only need to register with an email address, to protect us bloggers from anonymous abusive comments.   You won't get any spam.  It would sure be inspiring to know that somebody out there actually reads some of this stuff.    I'd just like too know if it piques anyone's interest.   Comments are always welcome (even slightly abusive ones if they're the least bit constructive).
Lavish praise and unbridled admiration are preferred, of course. 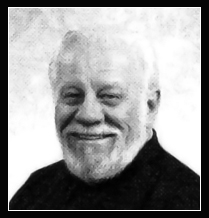 A man of joy.
A man of sorrow.
Easy to love.
A contemplative genius
Too deep to fathom.

He looked like Santa Claus.
The children, for a while, believed he was.
No ... the beard was too well trimmed.
More like Hemingway, I'd say, though
Hemingway's prose was not as poetic.

He excelled at everything.
Even warfare for which he later atoned.
After bombing Nantucket, accidentally,
A fighter pilot in the oxymoronic Pacific War.
He came home more penitent than triumphant.

No mother, no father -- but embraced
by aunts, uncles, cousins and a brother,
plus a new brotherhood of disciples
of Ignatius, in which he made reparation
for acts of war by facilitating Acts of God.

A teacher, missionary and spiritual director.
On countless occasions,
he touched thousands of souls
in hundreds of ways over scores of years,
sharing the grace of one God.

Not without a demon.
In his hour of darkness
he made it down that hallway
with the help of others.
I know he helped them, too.

Even after being struck down,
unable to talk, unable to walk,
his eyes were clear as a starlit sky.
I looked into those eyes one day
as I cut up his chicken dinner.

There was no doubt that my Godfather
was still in there, with an awareness
that would make Buddha smile.
Liberation would inevitably come.
When the Father called, he went in peace.
Posted by Vin Lucid at 1:10 PM No comments:

Out of the Mouths of Babes ... 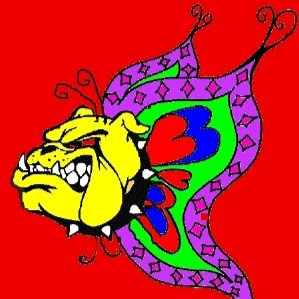 Sometimes,
you meet pilgrims
who appear to be going your way.

But,
walking side-by-side
doesn't mean you share the same goal.

Why
assume a common goal
when you started in different places?

So,
run your own race
and stay in your own lane 'til the end.
Posted by Vin Lucid at 12:13 AM No comments:

After eight years, off and on (mostly off),
I have updated St. Cecelia's Mass of Hope
for the next-to-last time.

Now, I can write the Alleluia and move on ("Alleluia" indeed).
I am finishing up just as the Vatican is changing the words.
I hope Episcopalians discover it.  They can sing it "as is".
I'll look at it all again sometime in early 2011 and
perhaps update it according to the new Roman Missal.
While revising the words, I'll write a melody line
that the average RC congregation could sing (if they actually tried)
and harmony (with less ornamentation) for your average Catholic choir.
For now, at the risk of excommunication, the working title
for the final Catholic update is Messa di Bingo".*

So, whatever room of God's house you reside in at the moment,
please have a listen to St. Cecelia's Mass of Hope.
I suggest that start with the Gloria,
the Lamb of God,
and more if you have time.
Look at the scores and sing along with the MIDIs.
"Kyrioke!". [Sorry, I couldn't resist].

I would be absolutely delighted to hear your comments,
even if you think it's bubble-gum music or totally unsingable.
The only part ever performed, as far as I know, is The Lord's Prayer.
The Syracuse  Chorale, 80 voices +/- did the world premier
at the Episcopal Cathedral in Syracuse for a 2009 Christmas Concert.
It was an honor for me, especially to be on a program with Vivaldi.
I got to take a bow.   He didn't.
__________________________
*Someone once asked
"What's a Catholic Church without Bingo?"
It was a rhetorical question. I answered it anyway,
and blurted out  "An Episcopal Church!".
[Transubstantiation is easily overlooked; and American
Catholics don't pay strict attention to the Pope anyway.]

I'm told a Bingo Mass won't sell in the South.
Bingo is a Northeast phenomenom (like Kennedy's, I suppose)
How about "The Mass of Grace and Grits" as a Southern alias.
Why? Because (according to Scott Peck) a wise southerner once told a Yankee,
puzzled by the white stuff on his breakfast platter,
"Them's Grits. They're like Grace. You don't order them. They just come."
Posted by Vin Lucid at 12:37 PM No comments:

So,
you think no one can hurt you
if you close the door
and lock it from within.

Soon,
your friends stop trying.
You think no one can hurt you?
Someone just did.
Posted by Vin Lucid at 1:47 AM No comments:

A View of ADD -- from the Inside

It's not a deficit of attention.
On the contrary,
there's an abundance of attention,
with a sensory overload to match.
The Creator, for some impish reason,
didn't bother to install a stimulus filter
in the brains of some of us:
butterflies, cabbage moths, hummingbirds
and me.  You too, perhaps?
Like the rip-tide in swift river
where the flow converges
at the downstream end of an island --
and at the mouth of that river,
when the wind is blowing onshore --
there's bound to be turbulence
where the flow of thoughts collide.
With unfiltered sensations
from the usual five senses
plus a few more that, for now,
we'll call intuition and inspiration,
trying to get something accomplished
is a bit like boiling a 3-minute egg in a geyser.
Making a decision is similar to
pointing out your favorite snowflake
before it hits the wet pavement.
If you prefer,
imagine the life of a goldfish in a lava lamp.
It's not like a hurricane with a headache --
not so organized or directional.
Rather, more like an electrical storm:
with lightning sky to sky and sky to ground,
sudden cracks and ominous rumbles
that no one can hear but us.
You may see it in my eyes sometimes,
when you're talking to me
but you're not sure if I'm tuned
to the same channel.
Salmon know what it's like,
swimming upstream through the rapids,
leaping above the whitewater now and then
to gain some distance.
Paradoxically, we sometimes hyperfocus,
with steel-wire determination, unable to let go.
Despite the turbulence,
Salmon are intent to spawn and die.
And so, I suppose, must I.
Posted by Vin Lucid at 12:58 AM 2 comments:

Shall I compare thee to a summer's day?
Well, art thou sticky and hot?
Thank God, the former you're not;
and the latter I consider OK.
Posted by Vin Lucid at 11:57 PM No comments: