BONAIRE by Vinnie the Poo and Ee-Yore, too. 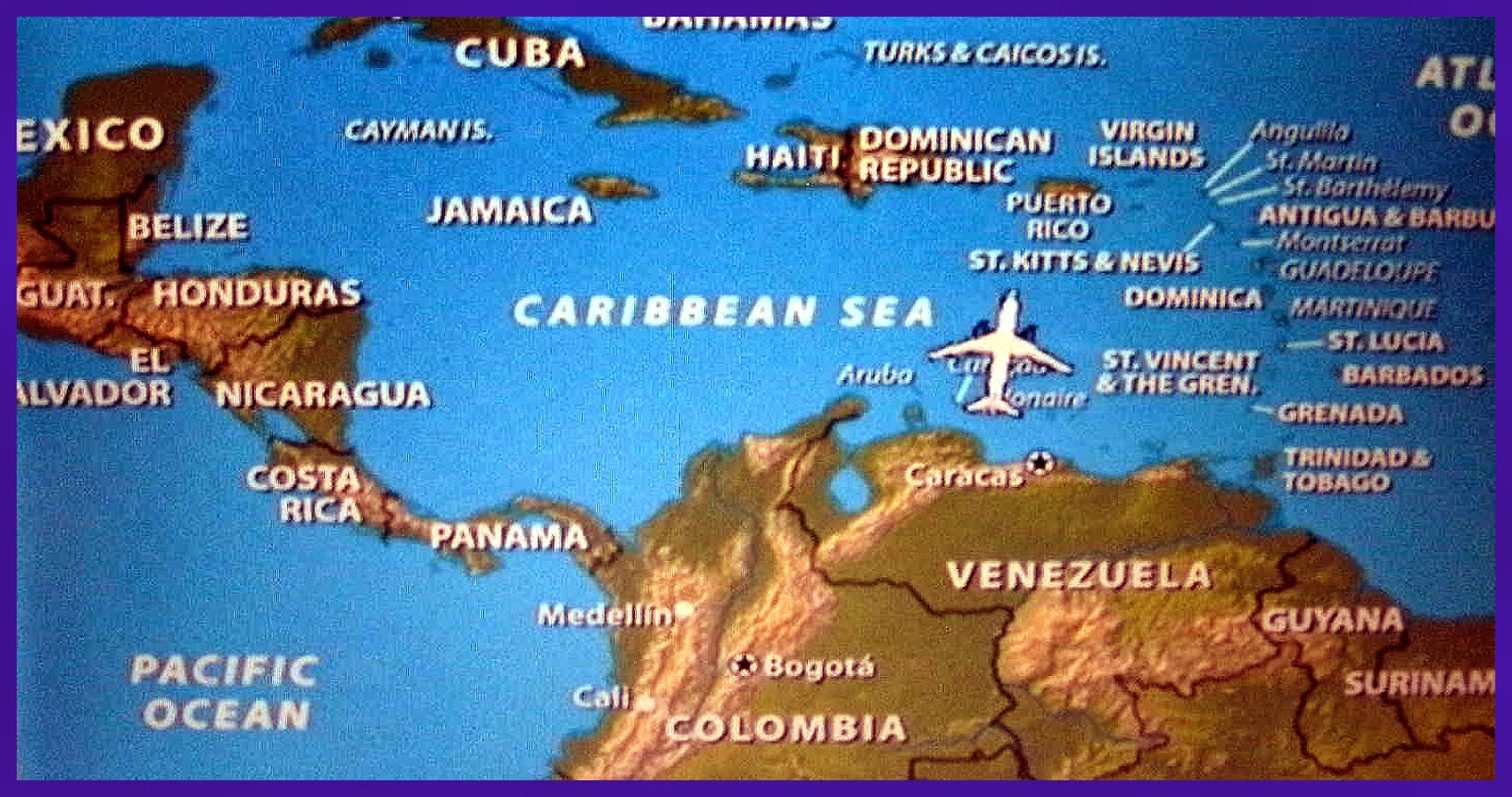 If you were wondering where on earth Mike and I have been for the last week or so, Vinnie the Poo will tell the story --- color commentary (mostly gray) by Ee-yore, the perennial pessimist.

BONAIRE is a Dutch Island in the Caribbean, about 35 miles off the coast of Venezuela.
It rains about 9" per year, mostly in December. We like to go in April, because at home "April is the cruelest month" --  cold and drizzly.

Ee-yore:  "It's a heap of coral, parched by the sun. Outside of the rainy season, the weather is always HOT and WINDY.  Except, of course, when it's HOT and VERY WINDY.  The constant trade wind fools you into thinking you're comfortable until you've been burned beyond recognition.  Underwater is the safest place for tourists to be in the afternoon, while the residents have their siesta.

The island is an emergent reef; and inshore waters were declared a Marine Park sometime around 1955.  No long boat rides out to a barrier reef.  You're not allowed to drop an anchor or to fish with a hook (except on Good FridayR).  So the reef is pristine.  The fish do not fear divers.  On a night dive, you can pet a Moray, but it's not a good idea because some people feed them hotdogs, which look  like fingers.

We stayed at the nicest ocean-front accommodations that we could afford. Here are photos of the "Red Slave Huts" and also the "White Slave Huts", by the light of the rental car.
Ee-Yore: "After the accident, we got a ticket for driving an uninsured vehicle. It expired the day we got the car. In Bonaire, 07-04-14 means April 7th, not July 4th". Go figure! " 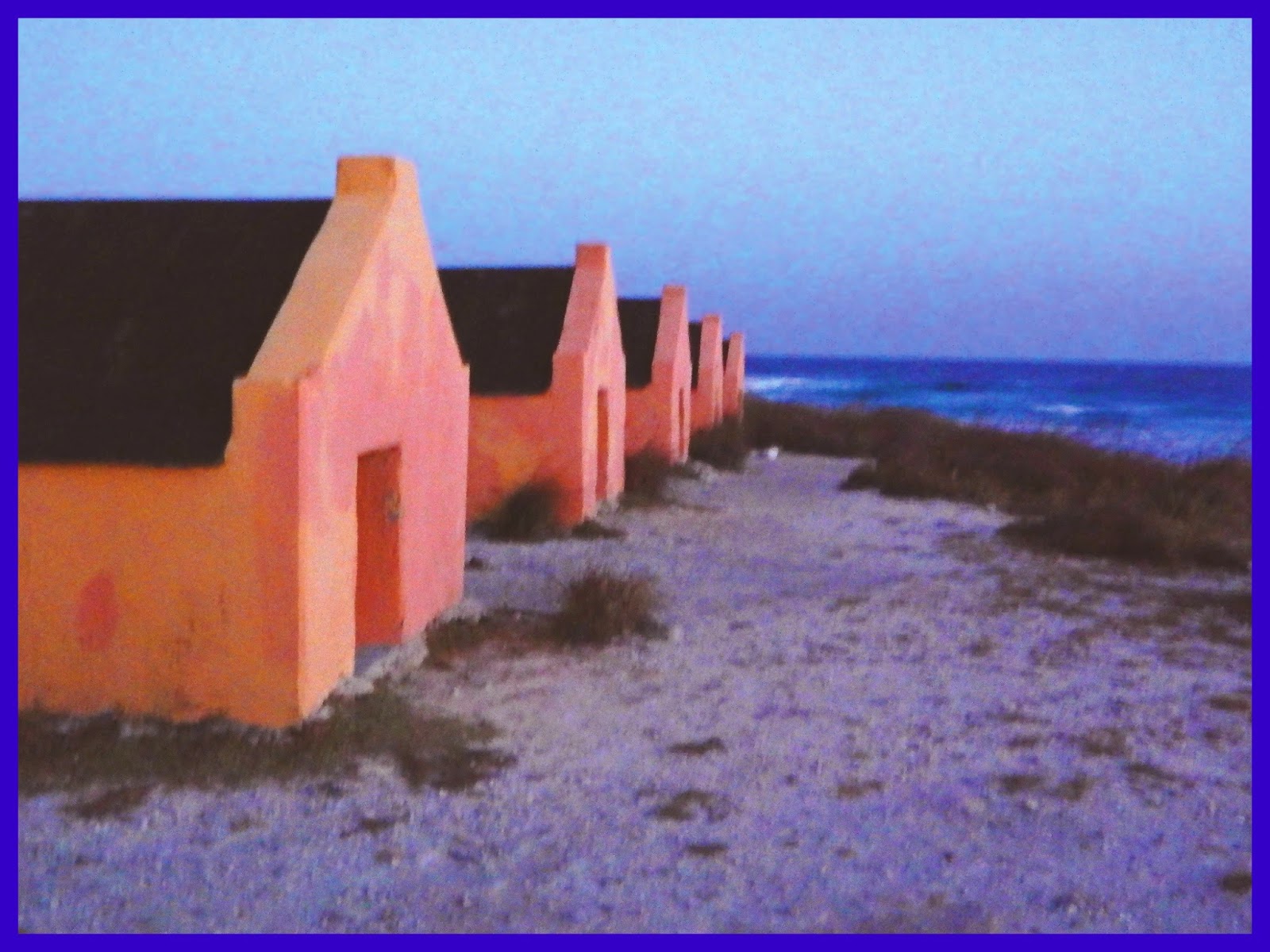 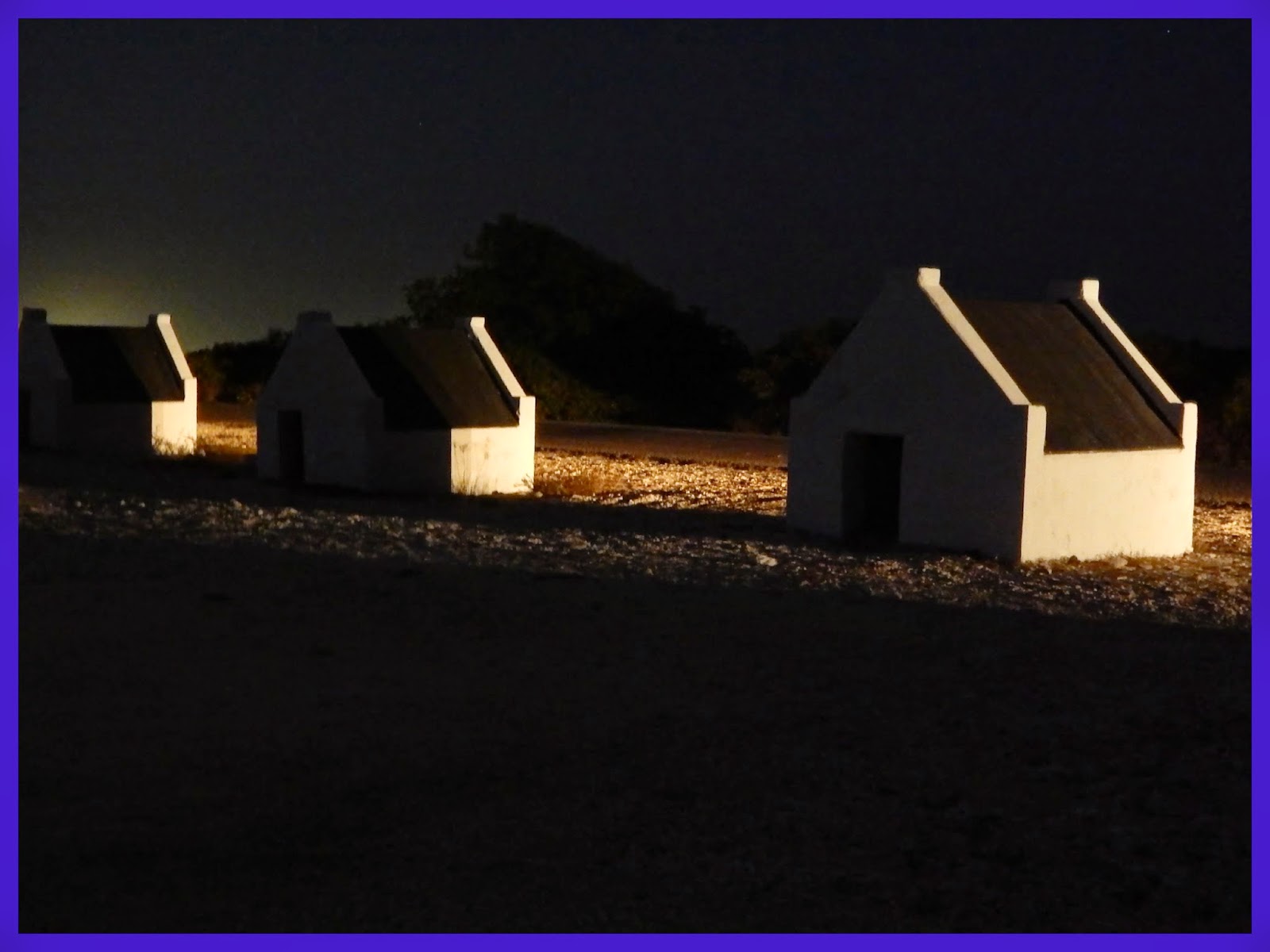 Please note that I never said we actually stayed in the slave huts.  A nonsequitor is a venial sin, if a sin at all.  One night there was considered, but the island has aggressive land crabs that will come out of their shell to attack you.  Really !  So, we stayed at a somewhat nicer oceanfront place, where we have a timeshare studio apartment, a relic from a former life.  Mike won't let me sell it.

Chapter 3 - Flashback by Ee-Yore "Getting There Was Half the Fun !"

Lots to do the day before scheduled departure ... no nap...no sense going to bed ... gotta pick up Mike @ 4am ... park the car ... back in time to learn that Untied Airlines cancelled our flight to Newark. Called the airline, got Blanche in New Delhi ...so I gave the phone to Mike. He gets us on a Delta flight through Atlannah, which would get us to Bonaire earlier than the Untied Airlines flights.  One minor logistical problem...recommended check-in is 2 hours before departure.  We had 15 minutes.  Checked one suitcase, but too late to check the dive gear ... with the diving knife ... so I politely handed the knife to the agent who caught up with my bag and stowed the knife.  Then Mike ran pushing me in a wheelchair with 3 bags, went through TSA security twice ( don't ask), combat boots off and on and off and on ... run and roll some more ...got to the gate just as the door closed ...and, of course, once it's closed, they won't open it again even if the plane is on fire.  Back to Untied Airlines...and Mike gave the agent a lucid explanation of why they had to accept our Delta tickets. I heard that Rochester is nice in the Spring ... got a half-hour nap ... no sense going to bed for the night though...picked Mike up again at @2 am and drank Red Bull as he drove us to Rochester. From 7:00am Friday to Sunday night @ midnight, I had slept a total of 30 minutes -- and didn't feel any different than I ever do, except that my legs wouldn't stay still while we flew to Newark in a Bombardier.  Never thought I'd ever feel so happy to be in New Jersey! 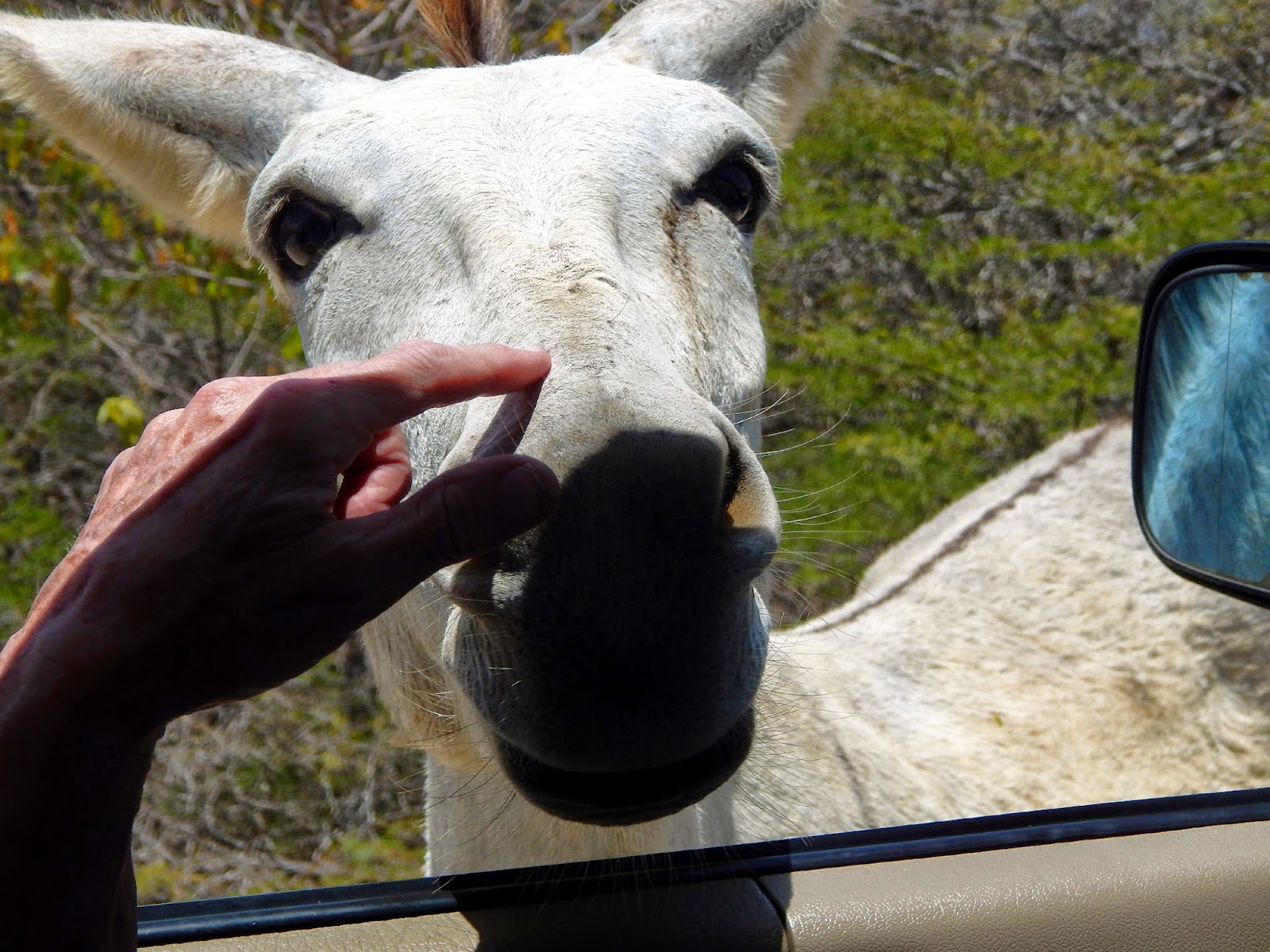