I recently had the good fortune to participate in a masterclass sponsored the Onondaga County Public Library and CNYJazz.  (Video to be posted here eventually.)  Encouraged by Larry L and a others who enjoyed my performance of "Dreams of a Lovestruck Biologist", I'm learning how to accompany myself on the guitar.  Here's a progress report: a rough recording of a song from
"The Sound of Mortars".

"The Sound of Mortars"  is set in war-time Afghanistan.  Is there any other time in Afghanistan? It's about a beautiful double-agent,  "Madeeja" (played by Christiana Amanpour), and a lovable but bungling band of seven dwarf terrorists, who follow her everywhere.  Other songs include: The Sound of Mortars (Madeeja), How Do You Solve a Problem like Korea and Climb Every Mountain (both sung by Mother Hillary). and Invaded Twice (Ain't it nice), sung by Captain Von Laden,  joined by Madeeja and the boys, just before they escape the military occupation of their beloved, pulverized homeland.

The story is fiction, of course, based on fact that is reminiscent of earlier fiction based on earlier fact. The name of the war may be different, but the story's the same. Who knows? The fiction/fact cycle may even go back, war by war, to the Peloponnesian War, and the futile attempt by Sisyphus to escape over the mountains with his very large pet rock. 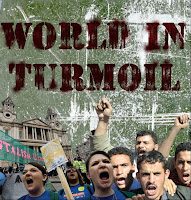 The world is in turmoil.
So it seems.  On a global scale, nations are dealing with terrorism, disease, genocide, natural disasters and poverty.  On an individual level, it's the same -- people are struggling with their personal fears, health, mortality, physical security and finances.

Does it matter whether there is more to Reality than that?
For practical purposes, everything has been reduced.  These electrical impulses are mine to do with as I please.  So, just for fun, I'll take my view of the world and stir in some fantasies and some memories. My vision of the future is imaginary, of course.  Memories are my perception of things that happened in the past, minus the details that I've forgotten, plus whatever I now imagine to have perceived at the time. Let's be honest, memories are (to some degree) imaginary.  The Truth is not naked.

If you have an answer to this rhetorical question, I'd like to hear it. It will become another electrical impulse to be processed, then stored or forgotten, like the rest. Ho, Hum!  Of course, that's no excuse for you to be apathetic. I have mine. Go get your own.

FINI
Posted by Lucy C Dreamer at 8:02 PM No comments: 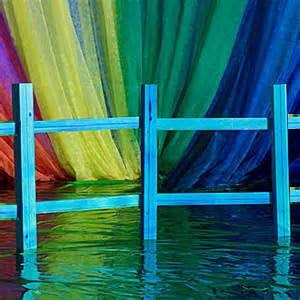 PAIN is a fence --
sometimes barbed-wire.
More often,
a split-rail fence.
It can confine us,
if we succumb to it.
We have choices, though:
Climb over it;
leap over it;
or pole-vault.
Crawl under it.
Squeeze through it.
Dismantle it.
Balance on it.
Find a gate; or build one.
Just ignore it,
run smack into it,
and get even more pain.
We always have choices.
Indecision is one of them.