MEMORIES of my COUSIN BOB -- and the RED PLASTIC SCISSORS 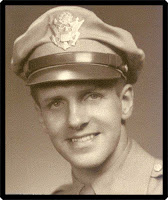 Memories of My Cousin,
Bob Kirk:  a personal reflection

Part I.  The Red Plastic Scissors


I have no memories older than this one -- a gift from my cousin, Bob.  I was no more than 2 years old.  He was in his early twenties.  My mother was his Guardian; and Bob lived with us when he was in college.  I know it was no later than 1948 or 1949, because Bob moved out when he and Jeanne got married; and we moved across the street in 1950.

The "boy's bedroom" had dark maple bunk beds for my brother and me.  I can vaguely see a desk and a single bed. I guess that would have been Bob's bed.  I remember Bob sitting in the chair at the desk, graciously letting me try to cut his hair with a pair of red plastic scissors.  I'm not sure if the scissors were sharp enough, but I do remember that both of us were laughing.  When you've been on the planet for only a couple of years, it's a big deal when you're allowed to do something new like this.  I'm sure Bob had no idea how special that moment would always be to me.

Part II.  More Memories of Bob -- some big, some small.


Thank you, Bob, for all the inspiration that you gave me through the years.  We miss you here -- but I do believe that you and Jeannie are together again.  I also believe that if we could see you now ... Well,  there's a song about that.*  Please tell  Fr. John that we miss him, too -- and ask if he read what I wrote when he crossed the bar not so long ago.**  You do have Wi-Fi there, don't you?